It seems to be a nice story about visiting several musicals and even speaking with Luc Plamondon. I feel that it is more disruptive story not about the musical but about emotional experience caused by such an unusual meeting with famous director of the magnificent musical)) However, I do not believe in what gypsy said to the woman, I still wish her lo live happily more then 104 years)))))

This blog describes characters and actors who plays there. Even though I do not know nobody from that troupe, it was interesting to read about new people who also plays in this musical.

Even though this blog is in Korean, I still could understand what the author tried to show and describe. He visited this musical in Seoul last year, he described his feelings and expectations from this great event.. Moreover, his page has some information about live concert of my favorite singer Bruno Pelletier who plays the role of poet Grenguare in Luc Plamondon`s Notre Dame des Paris. I visited his concert in my country 6 years ago. If I had a chance I would like to visit it again and again)))))
Posted by Unknown at 8:31 AM No comments:

Hello everybody who reads information about me))
My name is Kateryna, I am a professional singer and pianist.
Even though I was born in Ukraine and got my first education there, I always wanted to see the world and change my life to the better way. That is why I got an invitation from one of my music teacher and went to work as a pop-singer with music band in Japan. It happened 6 years ago, and from that times I could not imagine my life without music and working abroad. I was singing in Japan, Germany and South Korea as well. However, in one moment I decided to get one more education and that is why I am in Korea right now. I am a student of BUFS and my major is English. Unfortunately, I can not work as a musician these days because I have to focusing on my studying and graduation that will happen soon.
Even though I have not much spare time, I still have hobbies. I love to listening to the music, watching musicals, visiting concerts of famous music or movie stars, reading classical books, studying foreign languages and world history. I hope that during my vacation I will be able to give more attention to my favorite subjects))
After graduation I would like to find a good job in Korea. I can speak several languages, so I hope I can find a working place for myself. To tell the truth, I still keep in a secret what I really want and where I want to work ))
I hope that this blog can help me to find people with the same interests, and we can share some information, views on particular subjects, videos, audios and internet or newspaper articles. I also want to know more information according to my blog`s subjects, that can help me to develop my knowledge at some particular directions))
Posted by Unknown at 8:52 PM No comments:

Exercise on Passive Voice – Future I mit will

Complete the sentences (Active or Passive Voice). Use Future I mit will.
Great, all answers are correct!
Posted by Unknown at 6:47 AM No comments:

Complete the sentences (Active or Passive Voice). Use Present Perfect Simple.
Posted by Unknown at 6:33 AM No comments:

Only men should initiate the romantic relationships

Although these days we can see lots of TV shows, radio programs and magazine or internet articles about women taking the first step in romantic relationships, they do not represent everyone's opinions. Despite what we see on TV, some people still have conservative mindsets, thus many women still wait for the first step from men. Followers of this theory totally agree because men are always considered as a "strong gender", they have to support their families and, at least, it is their man's nature. That is why if society wants to have normal and developed families, only men should take the first step and create the romantic relationships.
Firstly, man is the "stronger gender". That fact was accepted by society from generation to generation, and we can find many proofs of this fact in history. In the Bible, God created man first. In the primitive communal system the main figure was a man. Also, during the Medieval Age royal status was received mostly by men. Moreover, all famous and talented people from the Renaissance were men. We can mention famous artists from history, such as Michelangelo, Raphael, Leonardo da Vinci and so on. These days, mostly men have high positions in politics as in the past. Turning back to history, only men fought in wars and served their kings. Knights were only men as well. Moreover, only men could get education. The   woman's duty was just taking care of their children and cleaning their houses. These reasons could bring us to the next fact, related to men supporting families.
Secondly, in all epochs of human cultural development man was considered as a supporter and protector of his family. Men hunted animals, fish and birds in order to feed their families and themselves. In addition, they always protected their homes and land from the raids of invaders and from military clashers. We can also deduce our thoughts and feelings by the evidence from many historical archives, excavations and discoveries of rock drawings until the time of the Paleolithic Era, when people started displaying and recording history of their daily life.
Thirdly, we can consider that historical events had developed the man and in his nature way, compose his nature as a man. If the man is considered as a hunter, consequently, who is the fox? Is it woman?  Every hunter tries to catch the fox and it is a natural way of life. However, have you even seen the fox catching the hunter? It is contrary to the nature laws of nature, it is looks strange, even funny. Also, if the woman is warrior, who can give birth? It is only woman's mission, is not it?
Although I pointed some facts from history and support my point of view, there are still many people who totally disagree with me. They point that now is another generation, that women are independent and can support themselves financially. Moreover, they say that many women can get high position in politics, even can be the presidents of their countries these days. They also say that nowadays men are shy, there are not many good guys, and women should be more persistent and rush to find normal men in order to get married. However,our society still have the conservative mind, ideas and rules that evolved for thousands of years. These strong rules can not be changed or forgotten so quickly. The new generation started new rules only decades ago, but it is not so strong compared with the whole history.
In conclusion, although this is a vexed question, I feel that only men should initiate romantic relationships. It has been revealed historically and naturally, and nobody can dispute with historical facts. Men should reach the goal (in this case, the woman) to match their natural instincts. Moreover, it is also very pleasant for women to feel the strong man's nature and protection as well. As a woman with conservative mindset, I expect men to initiate romance in relationships and I am a hundred percent sure that most women have the same opinion. In addition, I recommend men do not forget their masculine nature which will make women around the world feel like woman. 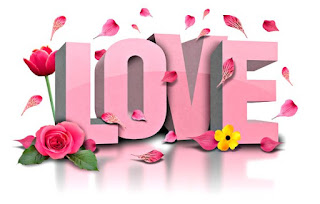