It was one more usual performance, which I had done every evening during several years. That night, I just wanted to sing for the audience who came to the restaurant to listen to our music band. However, at the same time, I did not want to look in people's eyes. According to my previous experience, sometimes the audience acted strangely. For example, tried to touch the singer, dance with her on the stage during performances without her permission, try to hug her or even hit her.

Unfortunately, there was no security to protect musicians at that restaurant, and the main manager did not care about the situations that sometimes happened when customers were drunk. That was the reason why I tried to sing for the audience without the eye-contact. In other words, I ignored them. However, that night totally changed my mind, that was shrouded by prejudice.

While I was singing, a hunched figure appeared in front of me. It was really dark looking out from the stage, so I could not make out who it was. I even did not try to understand what was going on, and just did one step deep into the stage. However, this figure began come closer to me.

"God",  I thought , "one more strange thing...What is he going to do? Why is nobody taking him away from  the stage? Again and again... all the same!!!", thoughts spun around in my head while my lips were singing a song.

Closer and closer...step by step…….but suddenly he stopped. “Thank God!”, I thought, “just get him away from here!” At the same moment, somebody ran over to this stranger, took him by his arm, and helped him to get close to me. I could not bear it anymore and I began to stare at these violators of my soul peace. The picture what I saw made me feel very ashamed. This hunched figure was a very old Korean man with big brown eyes filled with joyful expectations. He looked at me like he saw something unusual, something that he has never seen before. Also he wanted to say something but his body was shaking and he even could not open his mouth. I stopped singing and tried to catch what he wanted to say. Then, the girl who helped him to come, whispered tenderly some words in his ear. After her kindly admonition, the old  Korean man gingerly placed ten dollars as a tip in my hands. His eyes were so clear and pure like a child who was taking his first steps. “Thank you for your songs”, he said to me in English.  At that tender moment, tears spurted from my eyes. I have never felt so ashamed and embarrassed, but, on the other hand, perfect bliss and affection filled my heart. “There are still grateful people from the audience”, I thought, “who appreciate art and my singing sincerely…”
After that working day, I thought much about that old man. I felt I should noticed him earlier, instead of singing with closed heart. Life brought to me a valuable lesson to be more kind to the people. In any situation I should stay a person, a kind and open-hearted person, the way I really was and I am now.


Unfortunately, I have never seen my “brown-eyed admirer” again but I have never forgotten such unforgettable emotions he brought to me. Even now and one more time I just want to say him “THANK YOU!!!” 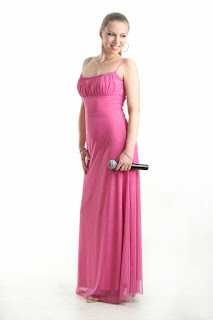